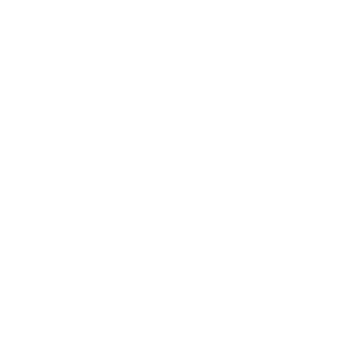 “We have worked with a few different ticket services in the past, but this time, we decided to go to the biggest and the best. The Accesso ShoWare system is easy to use and flexible, and the level of support is fantastic: Anything we have asked for we have received.”

“The Second Greatest Show on Earth!” That’s what P.T. Barnum proclaimed in 1869 as he marveled at the Mount Washington Cog Railway’s dramatic ascent to the summit of the highest peak in the northeastern United States. Now, more than 150 years later, The Mount Washington Cog Railway remains one of the world’s great rail adventures, and an exhilarating journey through history, technology, and nature. Located in the heart of the majestic White Mountains region of northern New Hampshire, it was the first mountain-climbing cog railway in the world, and with an average grade of 25% (some sections approach 38%), it’s also the second steepest.

In 2019, the Mount Washington Cog Railway partnered with accesso to implement the accesso ShoWareSM box office ticketing solution to support the railway’s niche operating system. Running trains up the mountain on the hour, the railway needed a ticketing platform that could be quickly updated to account for real-time seating availability and external factors such as weather or passenger needs. “We operate both bio-diesel and steam engines for the majority of the season but shift to a different railway excursion in the winter months due to the colder weather,” explained Quinn Tulle, IT Professional at the Mount Washington Cog Railway. “We needed a system that could adapt to both our ‘on-the-fly’ changes – such as a passenger missing their train – as well as our season-based operations.”

The Mount Washington Cog Railway team soon found that the highly customizable accesso ShoWare ticketing solution provided the flexibility they needed for their unique operations. With the accesso ShoWare platform’s intuitive interface, the team can easily make changes to the train schedule and customer tickets without calling a support line. “While we love the support, having the ability to do everything in-house is key,” said Arey. For instance, if a passenger misses their scheduled train, the railway team can quickly move their ticket to the next available train. Or, if the team wanted to fill a particular train, the system would allow them to easily adjust ticket pricing on the spot to sell those remaining seats at a discounted price.

Plus, having the ability to combine online ticketing data with the railway’s website analytics gives the railway team a clear picture of their passengers’ unique online experience, from the moment they visit the railway’s website to the time of their ticket purchase. “Thanks to the detailed ticketing analytics provided by Accesso ShoWare, we are able to use data from recent ticket sales to predict future needs and prepare accordingly,” said Arey.

When COVID-19 shifted the railway’s operations, the accesso ShoWare system proved to be an essential tool in facilitating a safe and enjoyable passenger experience. While physical distancing restrictions were in place, as passengers selected their seats, the online ticketing platform automatically added extra space between each party. Allowing customers to purchase tickets in advance helped give the railway team a clearer understanding of how many passengers to expect on a given train before boarding call. When operations returned to normal in late June 2021, the platform was once again modified to eliminate these physical distancing buffers and allow more passengers to buy tickets per train.

“Accesso ShoWare has really put us in the driver’s seat of our own ticketing operations, greatly streamlining our internal processes and removing any hassle for our valued passengers.”

The railway is currently working with accesso’s Client Support team to add extended ticket offerings (such as one-way tickets) to their portfolio. With the mountain attracting many climbing aficionados, this new ticketing option would allow daring mountain climbers to pre-purchase a one-way ticket and trek up the mountain before making their already-booked return trip on the railway.

As the Mount Washington Cog Railway looks to the future of ticketing, it’s clear that adaptability will be the key to success. “We pride ourselves in the unique experience we offer to our passengers, and our ticketing system plays an essential part in ensuring each passenger journey is as pleasant as possible, from beginning to end,” Arey continued. “Accesso ShoWare has really put us in the driver’s seat of our own ticketing operations, greatly streamlining our internal processes and removing any hassle for our valued passengers.”