The Accesso box office ticketing solution has been an all-around great system. It’s easy for customers to use and it makes it extremely easy for them to buy tickets online. The customer response has been fantastic, and they’re happy with the reduced fees. It all adds up to a happier fan base and more efficient and smarter business operations at the same time.”

The Seattle Thunderbirds strive to provide affordable family entertainment in the form of high-caliber competitive hockey, and to develop their players and staff in a positive, professional direction. The Thunderbirds are covered by six major television stations, over 50 radio stations, five daily newspapers and several weekly newspapers. For years, the Seattle Thunderbirds used a ticketing system from a large vendor, but the solution had become too rigid for the growing franchise’s needs, with limited online sales capabilities and high ticket fees creating discontent among their fanbase. After moving to their new venue, the team, along with representatives from the City of Kent and the arena’s management, took the opportunity to evaluate their ticketing system. During this process, they spoke with a variety of providers and discovered that a broader range of ticketing features could greatly benefit their growing franchise.

"With Accesso, we’re seeing an evolution in ticketing and reporting, all of which help analyze our business and sell more tickets. It's been a great partnership."

The Seattle Thunderbirds were looking for a user-friendly ticketing platform for fans and box office staff alike. Following a thoughtful selection process, the team chose the accesso box office ticketing solution because of its wide range of features, dedicated client support team and powerful reporting capabilities. Among the most important features was the ability to control extra fees for ticket sales.

The fees from our ticketing provider were not fan-friendly,” said Colin Campbell, Vice President and Assistant General Manager for the Seattle Thunderbirds. “A $10 ticket could cost as much as $22 when all the fees were calculated. That made it harder for us to provide lower-priced tickets since it was the fan paying the fees.”

The roll-out of the accesso box office ticketing solution included launching the Thunderbirds’ first eCommerce store, which gave their fans the ability to purchase tickets 24/7 and also eased demand on phone and booth sales operations. The ability to drive more sales online coupled with accesso’s advanced Customer Relationship Management (CRM) features has allowed the team to gain valuable insights into their fan base. 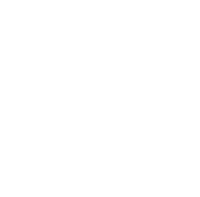 How Perfect North is Breaking Online Sales Records with accesso