Ripley's Aquarium of Canada Signs On with accesso 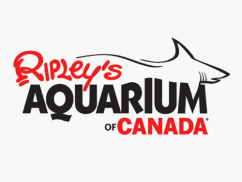 Canada’s largest indoor aquarium is the second venue to leverage the integration between the accesso Passport eCommerce platform and Siriusware’s Salespoint Solution, which provides a point of sale and ticketing system for the attraction.

“This agreement illustrates the highly complementary nature of Accesso Passport and Siriusware Salespoint Solutions, and demonstrates the potential for us to unlock even greater value in our traditional attractions market,” said accesso CEO, Tom Burnet.